Proofreading solution designed to help writers, novelists, and students arrange researched data, notes, and references into manageable sections. The platform enables team members to add comments and annotations, insert images, edit text size, and highlight phrases in the document. Scrivener also allows businesses to set word or character targets, track the progress of revisions, use labels to color-code specific sections of the write-up, and auto-save projects on a unified interface. 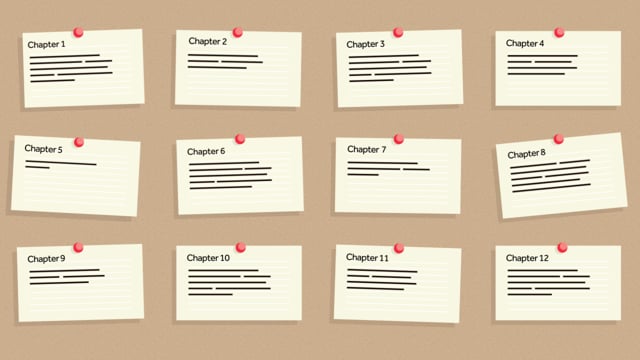 Plagiarism detection software that allows you to automatically scan the web for duplicate content of your webpage and check the originality of your... read more

Plagiarism detection software that allows you to automatically scan the web for duplicate content of your webpage and check the originality of your content. Find mistakes that no other spelling or grammar checker can find. Ginger Software is an award-winning productivity-focused company that helps you write faster and better, thanks to grammar checker, punctuation, an... read more

Ginger Software is an award-winning productivity-focused company that helps you write faster and better, thanks to grammar checker, punctuation, and spell checker tools which automatically detect and correct misused words and grammar mistakes GlobalVision is an inspection platform that finds errors in your work before they become problems. Our mission is to build software that standardiz... read more

GlobalVision is an inspection platform that finds errors in your work before they become problems. Our mission is to build software that standardizes quality approvals for product packaging and critical content. Our goal is to eliminate errors and automate quality inspections so companies can release products with confidence and move away from manual proofreading processes.

I do like many things in Scrivener. Even though it is meant mainly for writers, it has so many features and I am not using all of them. For me, it is usually the tool that I am often coming back to when I want to start some new research, collect information, store excerpts from secondary literature and write drafts. And it does it very well! I love especially the split view for documents and how easy it is to create new subdocuments and folders and move everything around. I love it. Also, it is great that one can add various icons to folders and documents. I also like a very generous trial version which allows you to use it for 30 non-consecutive days of use!

Firstly, it would be great if there would be just one personal license that I could use both on Mac and Windows. I bought the version 2 for Mac but I am still hesitating to put money into the Windows version. The reason is that it would not be just one-time purchase but I would have to do a similar thing with every major update (they are, however, rare). Another issue for users of multiple platforms is that Mac version 3 is currently not compatible with the stable Windows version 1, only with the beta version 3 for Windows (there is no version 2 for Windows). And the beta version 3 is still not perfect and I experienced multiple (although smaller) issues with it. I perfectly understand that the team of Scrivener programmers is extremely small and that they are doing an unbelievable amount of work, however, this is still an issue for me and the waiting for the Windows version 3 is just long. There is iOS version but now Android version. (And yeas, Linux version would be also nice but it is probably essential.) Finally, there are a couple of minor complaints: - Handling of images could be much improved, especially their resizing is cumbersome. - Better integration of Scapple would be great. - Better compatibility between Windows and Mac version (hopefully it will be done with the final version of the Windows app) The main reason why I am not using Scrivener all the time is, in the end, its license and the lack of better mind mapping functions (like Scapple).

I am using it for collecting information for my research and writing drafts. It helps me to be better organised. However, its licensing terms and compatibility issues between Mac and Windows version are off-putting.

I use Scrivener for Windows. It's pitched as software specifically for working on longer projects. As a novelist, I find its features invaluable: easy, constant access to chapters and subdivisions, a 'trash' section that's really more like an outtakes section, the ability to mark individual chapters as 'revised' or 'unedited' or 'complete,' and most importantly, a consistent autosave feature that has NEVER crashed on me, unlike Word, which still occasionally crashes.

The Windows version, at least, just isn't great looking software. I do wish they'd redesign for aesthetic reasons, not because the aesthetics mess with functionality, but because I think they'd reach more users if the program looked better.

I use Scrivener for early drafting phases and large scale editing. It helps me think over the course of an entire project rather than getting stuck in the weeds of a single page.

I love that it's easy to organize my writing, to insert or move scenes in my novels, and to track research for it. Being able to look at the documents in long text, cork board and outline modes helps me see it better when I'm having an issue with the story.

That the smart phone version is only available for IOS. I REALLY wish I could get it on my andriod phone to use when I'm out and about.

I've been using the software for more than five years and two dozen books. I use it to draft my books and organize them for the second pass. This is by far my favorite word processing software for drafting new stories.

«Great writing tool...with a bit of a learning curve»

I love that Scrivener will allow me to compile my ebooks into epub, mobi, and pdf files that look great. It's easy to maneuver and find issues throughout a large document. And Scrivener helps keep your writing and notes organized.

The toughest part about Scrivener is the learning curve. I used only part of Scrivener for a long time and knew I wasn't using it to it's full potential. And figuring out how to get the compiled files to look write took some finagling. I finally broke down a took a class and I'm so glad I did.

Scrivener has helped me write short stories to offer for free without having to hire a formatter. And now that I have a greater understanding, I'll get more out of it. I may even buy a mac to get Scrivener 3.0 (I currently use the only windows version available).

I love the options--I can view my manuscript by chapter (with the individual docs) or as a whole (with the index cards). I can even create a publish-ready file.

I've never been able to create a good Scrivener file from an existing Word doc, so once I compile a manuscript and turn it into a Word doc, I can't put it back in Scrivener. Some users might be better at this, though.

I use Scrivener all the time and recommend it to everyone I know.

«Best book drafting software out there»

Scrivener makes it easy to structure your project, it saves automatically whenever you type anything, and the word count per project and section make it easy to track your progress.

It seemed daunting at first, before I figured out which features would work for me. There's a lot in Scivener that you you can get lost into, but about 20% of the features are what make it great to work, the rest is just clutter to me.

The moment I switched to Scrivener to draft my fiction books, I never looked back. It's perfect to outline, draft, and do an initial edit, and it saves every keystroke which was very important for me. I use it almost every day and I never considered switching to anything else.

I just wrote an online course using Scrivener. I loved that I can easily break the course into sections, and each section has its own file in the binder. When I write, I like to jot down ideas, and Scrivener makes it super-simple to move my ideas around until the flow works. That's really hard to do in Word or other programs.

The process at the end for compiling everything could be a bit easier to understand, but it didn't take me too long to figure out the simple stuff - which was really al I needed.

Scrivener is great for writing drafts and getting ideas out onto virtual paper, so to speak. There are virtual index cards which allow you to play around with the order of things, and that's a huge deal when working on large projects.

I love that it allows me to not only section out chapters, but also scenes within the chapter. It also gives me the option to keep characters, locations, and all sorts of notes in one document.

Compiling correctly can be a giant pain. It took a lot of time to get the basics down. I have yet to master all the options that the software offers because of the complexity. It also offers various formatting options, but again, learning all of these options takes a lot of time and effort.

While there is a huge learning curve with this software, I love that it keeps everything I need in one document for my novels. Gone are the days of multiple documents and worrying about keeping things organized. This software keeps everything in one document which is amazing. Once I have more time to actually sit down and watch the various tutorials, I hope to be able to utilize even more of the software's features. I think if there were better tutorials to help people get started, it would help a lot. I originally used the tutorial and almost gave up on the software until I found some better tutorials online and through Youtube.

«Scrivener Was Made for Writers by Writers»

Scrivener has so many features, you will never get around to using them all. Dip in and use what you need to start with and when your Scrivener skills increase, you will use more features. It's the ability to organize work and let it flow around within a binder structure that makes writing so easy. You can write in small chunks and re-arrange it into the order you desire later. There is the facility to create synopsis, save research to Scrivener, create notes and lots more. Flags and progress can be attached to areas that you are working on to keep track of progress. Scrivener also syncs with ProWritingAid and Aeon Timeline, as well as Scrivener's sister product Scapple

There is a learning curve to Scrivener which can put some people off. The best practice is to download the trial version, which gives you 30 actual days of use. Then, read the Literature & Latte manual and watch the video before opening the program to get an overview of how it works. Then create a dummy project to learn from. Get used to the compile feature early, rather than waiting until the end of a piece of work.

Scrivener is great for writing, not just novels, but non-fiction, blogs, social media posts etc, etc. If you join a Scrivener group on Facebook, there are lots of people who will freely help for any problems, as well as the L&L website.

«I will never write fiction without Scrivener»

The formatting for print and .mobi isn't brilliant, especially not for the PC version of Scrivener. Mac's version is still better.

I've used Scrivener since it came out and was Mac only. I've always loved the program and its Corkboard. I've found it easy to use from the beginning, but I hear some people say it's difficult. That has not been my experience. It's a word processor built for writers. The perfect tool for writing fiction.