Independently Rated #1 (see link below). Volunteer, donor, client, affiliate and group management system with built-in LIVE criminal background checking, reference checking, e-campaign support, survey tools and much more. Multiple pricing packages allow YOU to build the package that works best for your needs and budget. No other software can be integrated with your website & external systems. We comply with ADA, HIPAA and FISMA. Used by the Smithsonian and the states of VA, CA, TX, MD, NV. 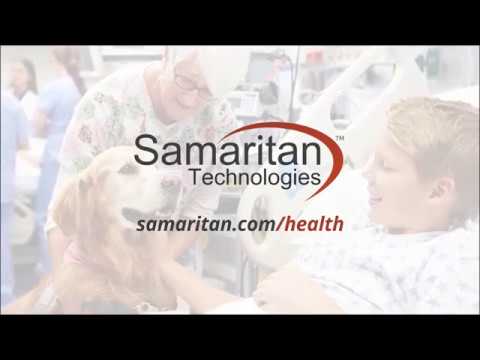 MoneyMinder is the leader in nonprofit accounting software for volunteer-based groups. Group treasurers can manage all of their finances at one low... read more

MoneyMinder is the leader in nonprofit accounting software for volunteer-based groups. Group treasurers can manage all of their finances at one low annual price. Enter banking transactions, reconcile bank accounts, develop budgets, track members/volunteers/donors, run reports, store documents, calculate 990EZ & 1099 totals, and connect to your bank & merchant service accounts. Make board transitions seamless and your books transparent with no prior bookkeeping experience required. Flipcause is the best online fundraising platform for small nonprofits. With a built-in donor database, mobile app, and payment processing, Flipcause is the only tool you need to manage and accept donations, registrations, volunteers, sponsors, and peer-to-peer and crowdfunding campaigns - all from a single cloud-based dashboard. Along with industry-low pricing, every subscription plan comes with Unlimited Human Support and free Concierge Services. Helper Helpers remarkably efficient software platform and mobile apps enable you to easily coordinate and track service hours across your entire organization. When you implement our solution well provide a custom training for your team on how to effectively utilize Helper Helper in addition we are always available by phone and email to support you. We make it easy to increase your community impact while you track your community engagement.

Our situation was a bit unique, in the sense that we really only needed volunteers for one particular weekend in January. We had set up the system in June, so I had many months to learn the system. I had basic training when we first set it up, but because this was my first time being in a volunteer coordinator role, I had no clue about anything. It was more of a learn as I go situation. I think overall the volunteers were satisfied - more than not, when troubles were faced, it was user error. Some other issues the volunteers faced were also part of me not knowing everything about the system, so those issues are on me. I can say that from both my perspective and the volunteers, the whole "refer" vs "place" process was a bit complicated. To me, it just felt unnecessary. I know there were many ways to use this, so maybe I just did not go about it correctly, but I would have shifts that let volunteers sign up over the capacity (say the shift only needed 25, but 30 referred themselves) so then I had to go through and place 25 of them, and notify the other 5 that even though they signed up for it, they are not scheduled. I did appreciate the amazing customer. As mentioned, I was learning as I went along, which meant a lot of issues/questions came up in crunch time, so having Satina was great. She was able to quickly jump on a GoToMeeting with me, and show me in 2 minutes something I struggled figuring out. I would recommend building a section in the "Help" area with frequently asked questions. There were many times I would have a very quick question, and could not figure it out and/or could not find the answer online, and had to email in to support about it. As quick as support was, it seemed like a nuisance to wait around for this answer, when it easily could have been available elsewhere - FAQ section or a live chat. I really did appreciate everything Samaritan did for me - having the system and support really made my life a lot easier. I had never done volunteer coordination before, nor did I have anyone helping me in our office - I was solely on my own, so having the support was clutch. I had chosen the system above others because of the ability to have the background checks included, at a great rate, and also because I had researched systems and believed Samaritan was the best to go with. Looking back, I would make the same choice again.

«Samaritan has transformed the way we do business!»

Samaritan has allowed us to eliminate paper files, increase compliance, and improve efficiency and productivity, which allows us to process more volunteers without adding staff. The volunteers love to be able to log into their account to schedule a shift, log and view their hours, and see what requirements are coming due. Our integrations with other departments allow quick and accurate updating of health clearance dates, educational requirements, and background checks - no more manual entries! Samaritan has definitely been a "game-changer" for us!

«Samaritan is a powerful management tool, client-friendly meeting our needs at every turn.»

We have used Samaritan for about 5yrs; after a disappointing first attempt with another web-based program. Samaritan meets our management, reporting, and communication needs. We began with Samaritan when we consisted of three hospitals - and recently provided us with a seamless transition to add five additional hospitals who utilized two different management systems. Samaritan provides user-friendly hours reporting, profile management and scheduling for the volunteer. For staff, it provides control of web content, customized application, automatic reference requests, user-friendly data retrieval, and versatile email including automations. Reports can be generated on any/all data fields in both pdf and txt format for export into spreadsheets. These are just a few of the many features. Like any program or system there is a learning curve. A basic knowledge of Excel is helpful but not necessary. Our only issue with the system has been some of the characteristics of the calendar however, Samaritan listens to client feedback and is currently surveying for input on what users would like to see changed/added. The staff is very attentive and responsive to our requests for assistance. We have highly recommended Samaritan to others who have contacted us regarding our experience.

For the last two years we have used Samaritan Technologies as our volunteer management solution and we couldn't be happier. Samaritan Technologies expertly meets every need of ours when it comes to volunteer management and coordination. Over the course of that time volunteers express to us the ease of signing up for shift work and comment positively on the overall look of the volunteer website. On the back end of the system our coordinators are able to edit different volunteer opportunities with relative ease without the need of extensive training or help from Samaritan. We highly recommend this solution to any organization that coordinates a large number of volunteers.

We have been using the Samaritan volunteer software for 44 City departments and community partners programs since 2009. We also used the Samaritan program in recruiting and managing our Richmond 2010 Ozone volunteers. Samaritan not only provides good and reliable customer services in using our purchased program, but also prompt support and solutions to the changing needs of our online volunteer management demands. The only challenge is that the staff portal in our current software version only works on Internet Explorer. However, the volunteer portal works on almost all smartphone, PC, Mac and Tablets web browsers.

«I chose this software because it is truly a volunteer management software.»

The software is fully customizable, integrates well with our website, is easy to use in a myriad of different volunteer situations, and the customer support is unsurpassed! Volunteers can easily sign up, and this makes tracking hours and keeping volunteers informed simple and quick. As an organization with multiple locations, this is the only software that could be adapted to meet our needs. As we grow and change, Samaritan has grown and changed with us in an extremely responsive manner. Our volunteer base for one of our events has almost doubled since we began using Samaritan several years ago. I highly recommend it to all of my colleagues as the best volunteer management software around.

Pros- Great staff who provide excellent customer service! Samaritan is very flexible system and has been able to adapt to many various needs throughout our agency. Cons- System is so flexible I think it can cause a bit of a learning curve especially for those who have never used a volunteer management system.